Klutz was incorporated in 1977 in Palo Alto, California, by three friends from Stanford University. They began by selling sidewalk juggling lessons along with a trio of no-bounce bean bags. A week's effort earned the group $35. "It was then we realized the sky was the limit."

John Cassidy, the English major of the group, put the instructions in book form and titled it Juggling for the Complete Klutz. Darrell Lorentzen, the business major, wrote up the original business plan and the other partner, B.C. Rimbeaux, was assigned the task of getting a bank loan. Mr. Rimbeaux was a psychology major.

The first 3,000 books were distributed via bicycle and backpack, and sales grew from there. "It really was a failed scam," explains Cassidy, who remains the creative force of the company. "Our dream was to do a book on juggling, sell a bazillion in a couple of days, buy an island and retire. It didn't work out. After a year of steady, unspectacular sales, we found ourselves staring down the barrel of a career."

Today, how-to books from Klutz come packaged with the tools of their trade (from juggling cubes to face paints to yo-yos), and are designed for doing, not just reading. "We think people learn best through their hands, nose, feet, mouth and ears. Then their eyes. So we design multi-sensory books," Cassidy says. The appeal of this hands-on approach is borne out by sales figures; Klutz is a fixture on U.S. book and toy bestseller lists, and is available in 24 countries around the world.

Having expanded the offerings to include Klutz Toys, Klutz Kits, Klutz Buckets, Klutz Guides and, in 2001, an educational product line, Cassidy seems to have an unlimited supply of ideas. The inspiration? "I marinate myself in children," he says. "Some years ago, I created a few. With the help of my wife" (Nancy Cassidy, the voice behind the gold-record-winning KidsSongs recordings).
Do you want to continue shopping?
Keep Shopping Checkout
× Select a Wish List Add to Wish List 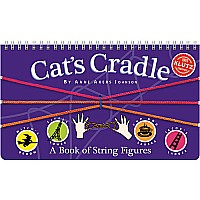 Grow Your Own Crystal Dragon Klutz 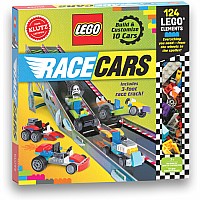 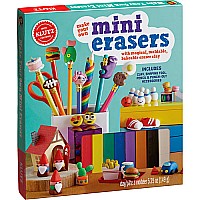 Klutz Make Your Own Mini Erasers 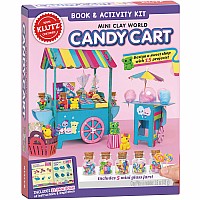 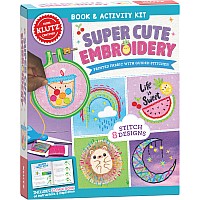 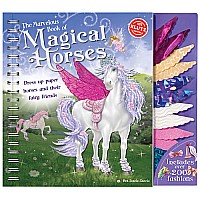 Make Your Own Glow In The Dark Puffy Stickers Make Your Own Soap Kit